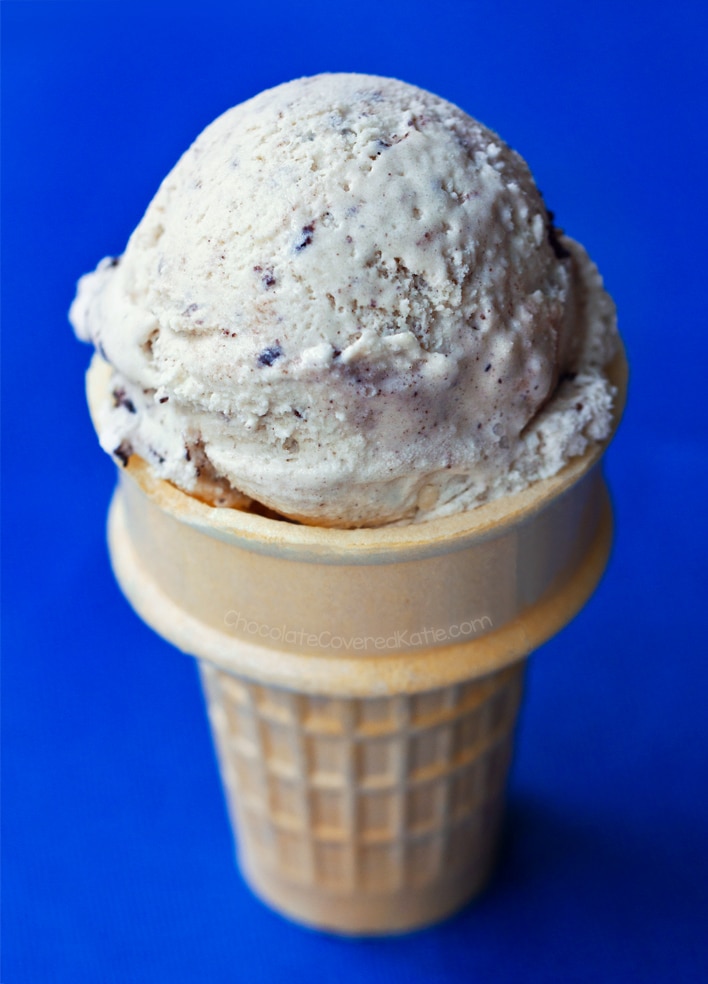 This Oreo Ice Cream Can Be:

And just 5 ingredients! It’s perfect for scooping into a cone and eating on a hot summer’s day… or skip the cone and eat it straight from the blender!

A few months ago, I was invited to a potluck dinner party and when it came time to serve dessert, the host (a vegan) disappeared to the kitchen.

He was holding a big container of Breyer’s non-dairy Oreo ice cream when he returned, which he set down next to all of the cakes and cookies on the dessert table.

Both the vegans and omnivores at the party devoured the contents of the container without ever missing the eggs or dairy.

It was the first time I learned Breyer’s had joined the likes of Haagen Dazs, Halo Top, and Ben & Jerry’s to offer a line of vegan ice cream, and I still marvel at the fact that you can now buy vegan Oreo ice cream in regular grocery stores, because I remember a time when the only option for vegan ice cream was vanilla that honestly tasted nothing like vanilla at all.

But just because something is vegan doesn’t necessarily mean it’s good for you.

As I learned the hard way in college (does anyone eat a healthy diet in college?), it isn’t the best idea to get in the habit of eating a whole pint of ice cream in one sitting, vegan or not.

And just like regular Oreo ice cream, the vegan versions on the market still do include artificial flavors, gums, and high fructose corn syrup.

That’s not to say they can’t have a place in a healthy diet—I certainly consume more than my fair share of store-bought ice cream.

This being the Healthy Dessert Blog, I wanted to come up with a recipe that’s just as creamy and delicious, with a much shorter ingredient list and none of the corn syrup or artificial ingredients.

The recipe was adapted from my Coconut Ice Cream and Keto Ice Cream recipes.